This tutorial introduces the QCAD ECMAScript interface through the Script Shell.

QCAD comes with a very powerful and complete script interface, allowing you to access almost the entire QCAD API as well as the Qt API through ECMAScript (JavaScript). A good way to experiment with scripts is the QCAD Script Shell.

The script shell shows up as a widget with a command line at the bottom and a command line history that shows previously entered commands and their output.

Call the function to add a line by entering this into the command line at the bottom: 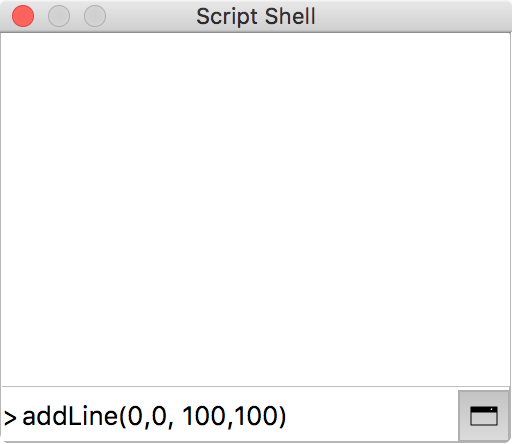 Press the Enter key to submit the command. 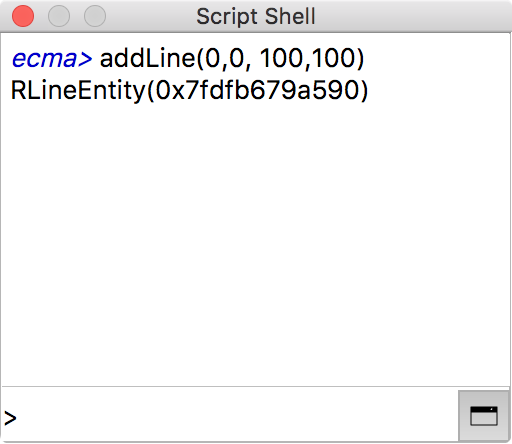 Loops (if, for, while, ...) are usually entered on multiple lines. You can do this in the same way in the script console by entering these lines, one by one and hitting enter:

Indentations are not required.

More complex scripts with multiple lines can be written into an external text editor and then copy / pasted into the script console. The script is executed as soon as it is pasted.

Use the up arrow and down arrow keys to browse through previously entered commands and modify them or launch them again.

Use Ctrl-L (⌘L) to clear the command line history.